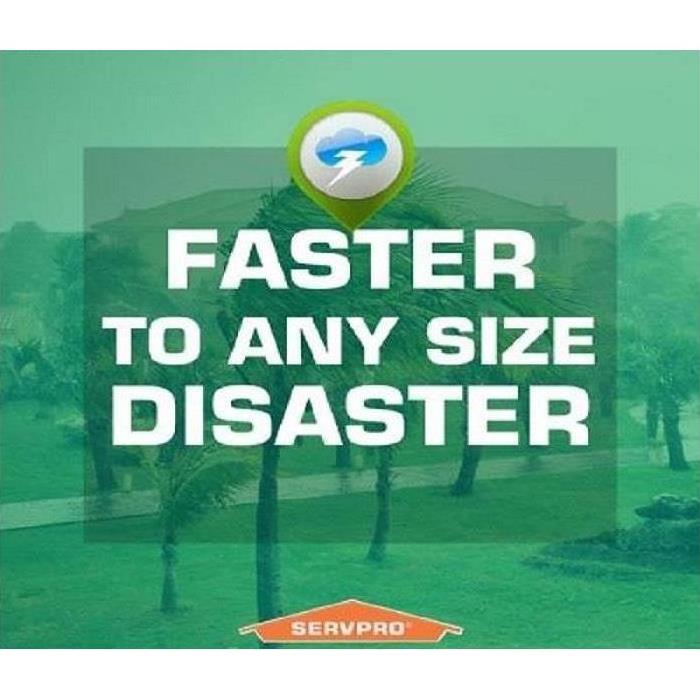 SERVPRO is faster to any size disaster

Floods rank as one of the most common and widespread natural disasters in the United States. Whether you live near a coastline, along city streets, in the mountains, near a river or even in a desert, there is a potential for suffering flood damage. On average, floods cost $6 billion in annual losses in the U.S. The following are a few more little-known flood facts:

Floods kill an average of 140 people per year in the U.S., making flooding the most deadly natural disaster.

More than half of all fatalities during floods are auto-related, often the result of drivers misjudging the depth of water on a road and being swept away in a swiftly moving current.

The principle causes of floods in the eastern U.S. are hurricanes and storms.

The principles causes of floods in the western United States are snowmelt and rainstorms.

Underpasses can be some of the most dangerous places during a flash floods-especially at night, when it is difficult to see.

Even minor floods have the potential to cause major damage to a structure when not treated quickly and properly, and the cleanup is often an overwhelming task.

SERVPRO of Henderson/Boulder City is prepared to handle any size disaster and help make it "Like it never even happened."