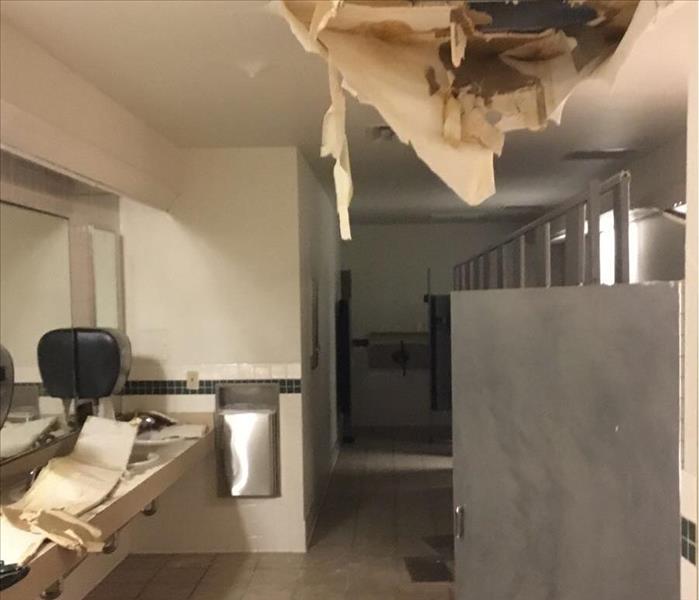 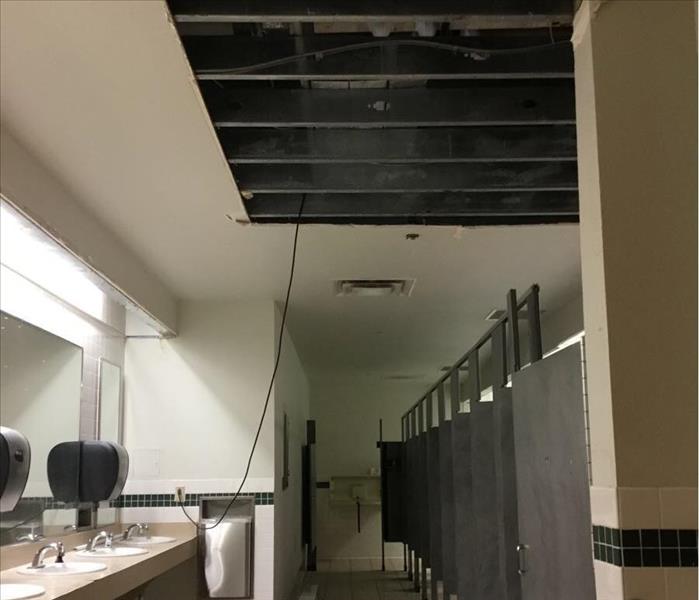 No one knows when a torrential rain is going to hit in Southern Nevada. It can come on suddenly, and then be done in 15 minutes. However, those 15 minutes of continuous full forced downpour, can cause a weakened roof area to suddenly collapse. this was the case on this water damage service SERVPRO of Henderson/Boulder City performed. The rain fell so hard and so fast and furious, the roof could not hold that amount of pressure and gave way right down in the woman's restroom at the local church in the Henderson, Nevada. No one was hurt but the call was a panicked one as they had services set to commence the next day. SERVPRO of Henderson/Boulder City, went in, accessed the damaged and had the damaged areas removed and dried out within 48 hours prior to that Sunday's services.

View More Before & After Photos